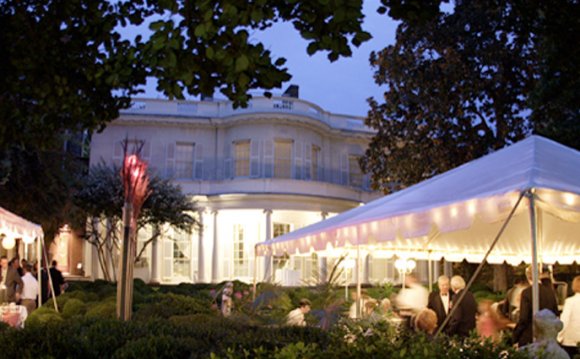 A River Through background... The building in which the museum is housed was built in 1940 by Richmond Hill's most well-known residents, automobile industrialist Henry Ford and his partner, Clara. The building served as a kindergarten to neighborhood kiddies. These days, we carry on that tradition by training residents and visitors alike about the reputation for the tiny city of Ways Station, Georgia, now known as Richmond Hill. Like the Fords, years made their homes over the Great Ogeechee river and surrounding waterways. Our first residents, the Gualie Indians, produced villages along its sandy shoreline. General James Oglethorpe built defenses onto it very first days of the Georgia colony. The proximity associated with Ogeechee ended up being the salient consider rice evolving to the primary cash crop within the 19th century. African slaves worked the rice areas and aided build Fort McAllister regarding the Ogeechee that has been known as the "Guardian of Savannah" during Civil War. People to the museum takes one step back in its history to learn about the individuals and places that have shaped the seaside neighborhood of Richmond Hill.

Shows of this Colonial times, Revolutionary War, Antebellum, Civil War while the Henry Ford eras are observed here. The Historical community keeps a monthly lecture sets right here from the first Thursday of each thirty days at 7:00 p.m.

*There won't be a November conference because of the work being done in the museum. Kindly join us on Thursday, December 3rd for our annual meeting and social.

Your contribution enable united states restore and maintain the Kindergarten Building, in addition to improvement shows and artifacts around. If you would like to help make a donation to this task, kindly click the link below. Your share is tax-deductible.

The Bailey Carpenter Barber store, on the Richmond Hill Historical Museum’s university, was employed by Bailey Carpenter, the area barber, for more than fifty many years. The barber chair was purchased by Henry Ford for Mr. Carpenter. Ford, during his wintertime residency in Richmond Hill, used Carpenter as his barber.

Ford's barbershop was recently chosen due to the fact "Coast's key Landmark" into the 2016 Georgia Travel Guide.

When taking a trip south on I-95, just take Exit 90. Turn left onto Ford Avenue (GA Hwy. 144 East). In the 3rd red light, switch right onto Timber Trail path. The museum entry is on remaining.